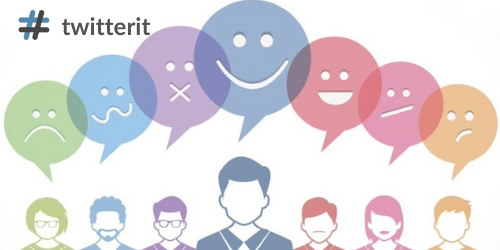 On the topic of Sentiment Analysis, one of the most frequent mistakes of those who approach it for the first time, is to take into consideration only information such as the number of times a certain hashtag appears, the number of followers of an account. Twitter and the number of likes. These informations certainly supports the knowledge of the social network but don’t produce any useful term for sentiment analysis. Rather, it is necessary to keep in mind the particular method of choice to analyze the contents of the texts by quantitatively combining Big Data together with a more qualitative approach, extracting the meaning (sentiment).

But what means Sentiment Analysis? It refers to the intensity (positive / negative) of a feeling and which is related to the concept of opinion mining, that is a technique able to developing a search on keywords and identifying, for each term, attributes (positive, negative, neutral) so that it becomes possible to extract an opinion associated with each key term. Artificial intelligence has received growing attention on promising applications in the fields of Sentiment Analysis based on semantic-lexical databases such as WordNet.

With the upcoming presidential elections, the American case is significant because it represents a cross-section of how different Sentiment Analysis techniques can produce results of a certain relevance. This approach is in fact able to interpret the language of candidates and the evolution of trends during the election campaign, taking the pulse of the electorate and interpreting the mood of Americans

However, it should not be forgotten that the analysis does not take into consideration the human psychological sides and the complexity of language. Sarcastic or ironic expressions can be taken for positive judgments, precisely because a “non-human” instrument isn’t able to capture this kind of nuance. The ability to precision is given by the amount of data considered, which is why it is inevitable to have an imperfect analysis. The fact remains that the sophisticated techniques of Sentiment Analysis possess a strong forecasting ability, not only in tracing the evolution of an electoral campaign but also in anticipating the final outcome.

#Twitterit is the app created specifically to use the Sentiment Analysis technique on specific themes chosen by users. It is the advanced system t “discovered” on a human scale by involving the social network towards future scenarios, but here and now, with an opinion mining for the #presidential2020 that is updated every 15 minutes on 15,000 tweets.